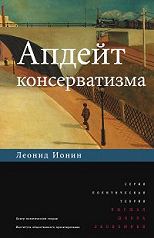 With the developments of modern life, conservatism has become actual as a style of political thought and political action. The author analyzes the spheres of public life such as geopolitics and globalization, the family and demography, democracy and civil society, among others, and shows how recent cause anxiety and lead to a conservative “reflexion”. He also demonstrates how liberal and socialist ideology and practice use the language of political correctness to destroy traditional values of Western and Russian world. At the same time the author does not believe in “positive” conservatism as an alternative. Politically, conservatism can only “warn” and thus “keep” the society from reckless and fatal steps.

This book is for professionals in social sciences, as well as for all readers interested in contemporary politics and its future.