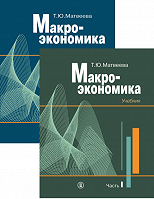 The textbook in 2 parts