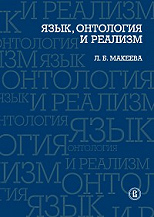 The book deals with revealing the specifics of realism as represented in the analytical philosophy of the 20th century. The problem of realism is investigated in the context of the ontological approach, which is based on an analysis of the structure of language we are using to talk about reality. It traces the evolution of ideas leading of analytic philosophers (Bertrand Russell, Ludwig Wittgenstein, Rudolf Carnap, W.V.O. Quine, P. F. Strawson, Donald Davidson, and others) about the relations between language and reality. The concepts of Michael Dummett and Hilary Putnam about the nature of the analytical realism are analyzed and compared.